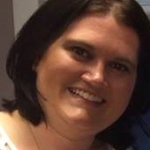 Angela has conducted psycho-educational and process group therapy sessions for adolescents, adults, and the elderly. She has even worked extensively with at a number of correctional and rehabilitative facilities where in she provided individual and group counseling services to individuals with severe mental illness.

How to Grow Cauliflower in a Pot

How to Deal with a Narcissist: 20+ Helpful Strategies