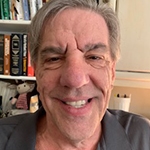 Born and raised in St. Louis Missouri, George received his doctorate in Veterinary Medicine from the University of Missouri-Columbia in 1983. That was the first stepping stone towards his long, dynamic and fruitful veterinary career that has proven enriching both at a personal as well as a professional level. George has served his calling as an animal healer in various capacities at various institutions, including preceptorship stints in the city zoo at both St. Louis as well as Seattle.

Perhaps the most indelible achievement in George’s veterinary endeavors is the North Las Vegas Animal Hospital, which he has owned and operated for the past 36 years. His longstanding association with this safe haven for animals only recently concluded, as George retired from office in 2018.

Other notable feats and collaborations that add great value to his flourishing career include:

10 Style Tips for Monsoon That Every Girl Should Know

How to Make Vegan Mayonnaise