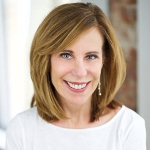 Janet Flora is an Emmy-Nominated Makeup Artist based in New York City. She is a New York State Licensed Cosmetologist, also a member in Good Standing of I. A. T. S. E. (Local 798 Makeup and Hairstylists) wherein she completed a rigorous three-year apprenticeship under the esteemed tutelage of veteran and prominent makeup artists from the film industry.

Thereafter, Janet went on to teach a course in Makeup for film and TV for New York University’s film department, as well as The School of Visual Arts. This was followed by a fruitful yet demanding association with the motion pictures. Janet served as the makeup department head on several films, regularly working long hours and traveling extensively with the film crew. The time spent away from home was what compelled Janet to create Alluring Images. By taking her services online, she wished to bridge the gap between home and work.

With the birth of this virtual portal, Janet has expanded her playing field to include wardrobe styling, consulting and training services as well. She renders her consulting expertise to both private and corporate clients as well as on-air talent who are often left wanting when it comes to daily hair and makeup services to get them camera ready.

With years of teaching experience in her kitty, Janet has developed a keen eye and hand for instructing budding cosmetologists on how to execute makeup and hair techniques with the finesse and skill of a professional.

If you want to know more about Janet and the work she does, visit:

How to Clean Dirty Canvas Shoes and Make them Look New