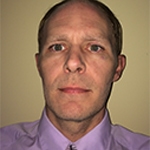 Currently, Jerry Hamm practices as a nurse practitioner in a rural emergency department in West Tennessee. He also works as a paralegal and legal nurse consultant and assists various law firms in litigations involving the practices of nursing and medicine.

Jerry Hamm lives in West Tennessee where much of his family is located. He enjoys spending time with his puppy, his family, and his friends. Much of his time is spent working and helping others in his community, but, when time permits, he loves to travel. His favorite place to visit is San Diego, California. He is currently studying for the Law School Admission Test and is considering applying to Cecil C. Humphreys School of Law at The University of Memphis in Memphis, Tennessee

How to Sterilize Glass Jars and Bottles: 6 Ways to Prevent Mold Growth

How to Clean and Shine your Microwave