Scratched discs can be a big turn off if you are planning to binge watch the Star Wars saga or play Skyrim on your gaming console.

Taking out the Star Wars box set after a while, you can expect a few additional scratches on the discs. If Episodes I, II and III have some scratches, I think you'll manage, but you’ve got to get them out of Episodes IV, V and VI.

Here is a DIY guide to remove those scratches, so your disc does not betray you when Han Solo is about to escape from the clutches of Jabba the Hutt.

Note: While there are a lot of home remedies available to fix a scratched disc, you must ensure that you have read the warnings on the disc, as some mild abrasives can damage the disc further. Also, these methods are not applicable to Blu-Ray discs, and for DVDs, you need to be extra careful while buffing and wiping the disc.

Assess the damage on the disc before making a plan of action. Visual inspection is the best and the most practical method to do this.

If you typically use discs to store data, including photos or other multimedia, consider whether you would want to fix the disc if it became scratched. If yes, then you’ll want to back up the data so if the disc gets damaged beyond repair, you won’t lose anything.

Initially, people would create data backup in additional disks. However, today a soft copy of the data in your computer is preferable.

If you are reading this article for information and your disc is not yet damaged, then backup its data now.

If the disc is damaged, then backup your disc after following any of the repair methods mentioned later in the article.

The first step in dealing with a disc that isn’t playing correctly is to clean it. If the problem is from dust and grease on the disc, washing does the trick. It requires a cautious and gentle hand to remove any dirt or grease. 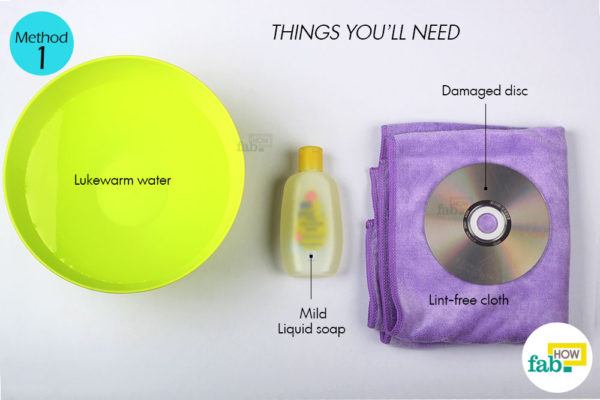 Step 1. Pour soap in water and mix the contents 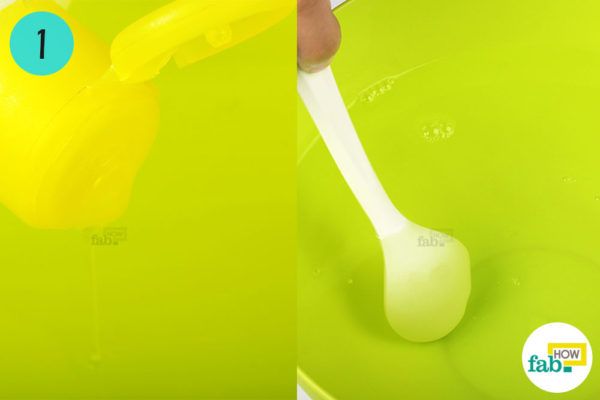 Pour ½ tablespoon of mild liquid soap in the bowl of lukewarm water.

Mix the soap thoroughly in the water. 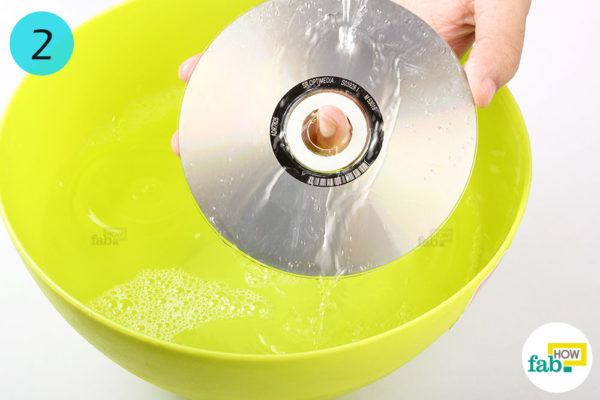 Now take an empty container (15 oz.) and fill it with soapy water from the bowl. Pour the soapy water top of the disc to clean off any dirt particles or grease.

You can use the same bowl as a base if you don’t have a sink nearby. 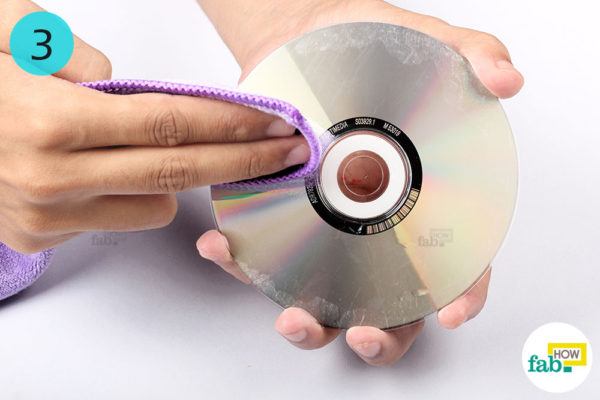 Use a dry rouge or lint-free cloth and clean the surface of the disc radially, from the center to its edge. A rouge cloth, if available, is highly recommended.

Leave the disc in the room to air dry.

After it’s dry, check whether the disc works by putting it in a disc player. If it doesn’t, inspect further for scratches and follow the methods below. 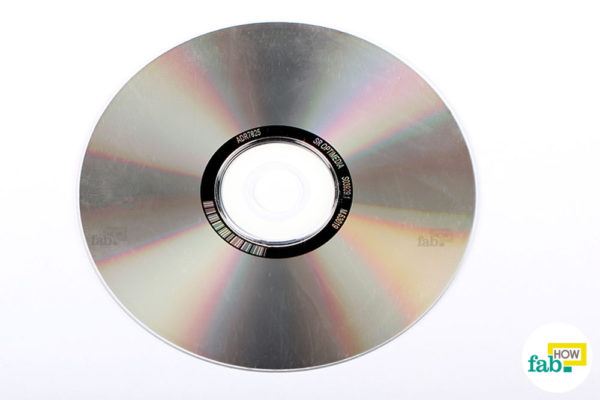 Method 2: Polishing the Disc with Toothpaste

Toothpaste is widely considered the best possible way to repair a scratched disc. Its particles are so tiny that they buff the plastic layer of the disc and smooth out the scratch. The more you polish the scratch, the lesser are its chances of deviating the light from the disc reader. 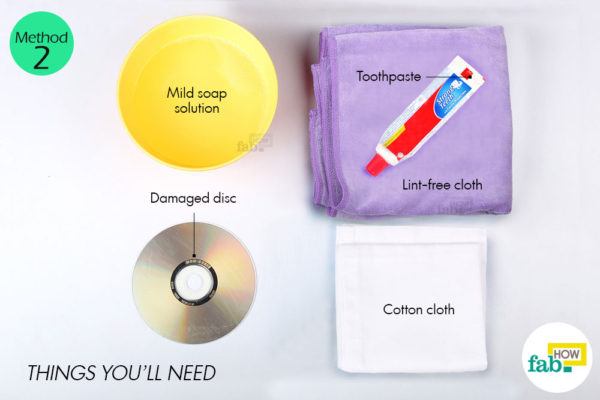 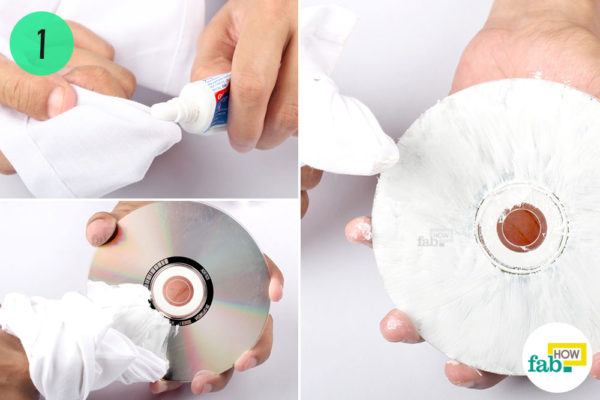 Before applying toothpaste, clean any dirt or grease off the disc.

Put some toothpaste on a cotton cloth and apply a thin layer of it from the center to edge on the CD, along its radius.

Polish the disc consecutively in a similar manner with gentle hands. Pay heed to the areas where the scratches are centered.

Use white toothpaste, not a gel. It must not contain any kind of large abrasive particles. Apply it on an unimportant disc first and rub your fingers on it to check if it’s highly abrasive.

Step 3. Clean the toothpaste off the disc 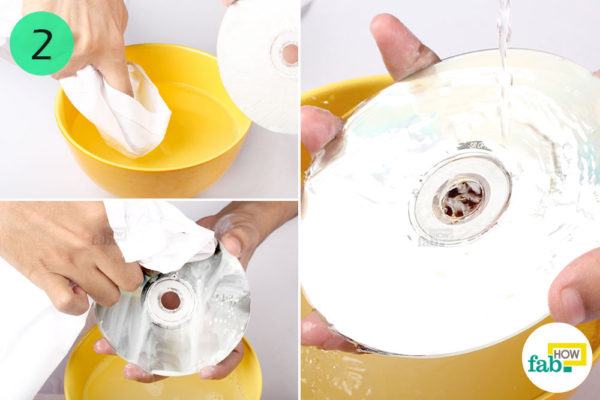 If the toothpaste dries out, gently wipe the disc with a cloth dipped in lukewarm water. After that, wash the disc by pouring a soap solution on the disc. 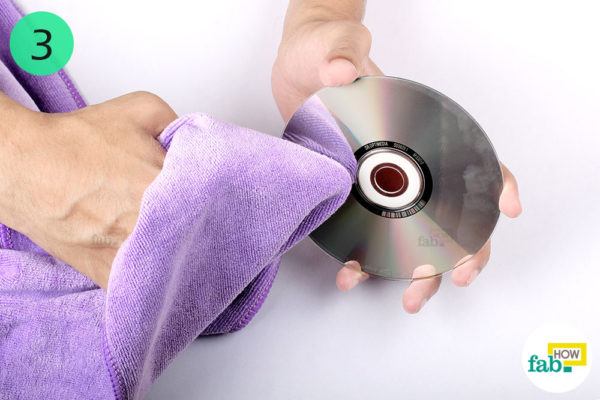 Wipe the toothpaste disc gently from the center to the edge in straight lines using a lint free cloth or a rouge cloth.

Now let the disc air dry for a while and it will be ready to be tested in your disc player. 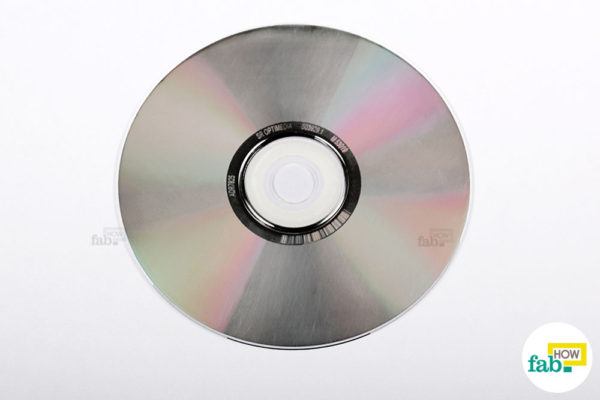 Apart from toothpaste, the other popular method involves using petroleum jelly like Vaseline. Some people have used Brasso or wax polishes to the same effect. These polishes fill the scratch and reduce the unnecessary reflections. 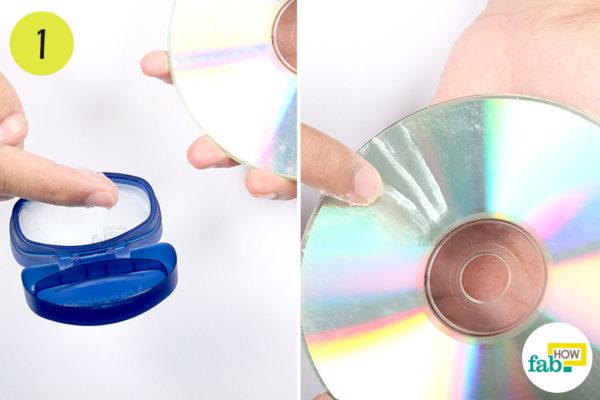 Before applying the petroleum jelly, clean off any dirt or grime from the disc.

Apply a thin layer of petroleum jelly from the center to edge on the disc, using your fingers. Keep in mind your hands must be clean.

Polish the disc consecutively in a similar manner with gentle hands. Pay attention to where the scratches are located.

Step 2. Leave the disc for 10 minutes 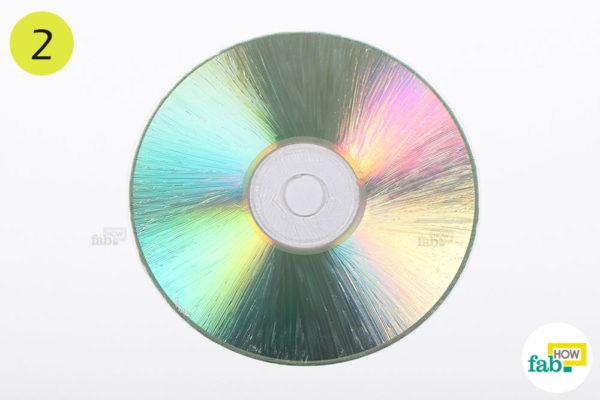 Just let the disc sit for 10 minutes. In that time, petroleum jelly will slowly seep into the crack.

Step 3. Wipe the disc and let it air dry 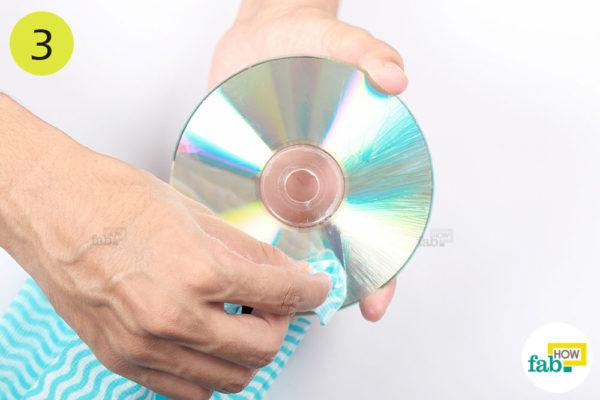 Wipe the jelly from the disc using a lint-free cloth. Wipe the disc along the radius, from the center to the edge in straight lines.

You’ll have to wipe the disc thoroughly from different sides of the cloth as it needs to be cleaned solely by wiping.

Now leave the disc to air dry for a while and then tested it in your disc player. 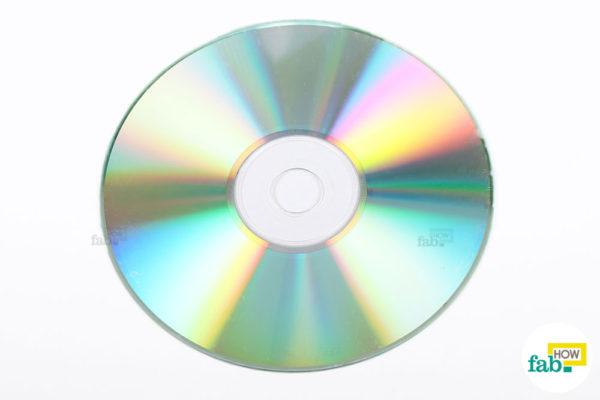 If all your attempts have failed, yet you wish to resurrect the data from your scratched disc, spending a little cash is your last resort.

Go to a professional 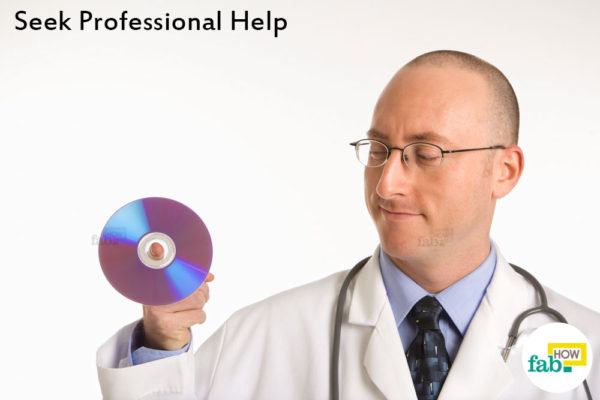 There is no shame in seeking professional help. For there are many music and video store owners who possess sophisticated cleaning equipment that might do the required job. It typically costs about $5 or less to fix a disc, which is pretty low compared to losing the data forever. 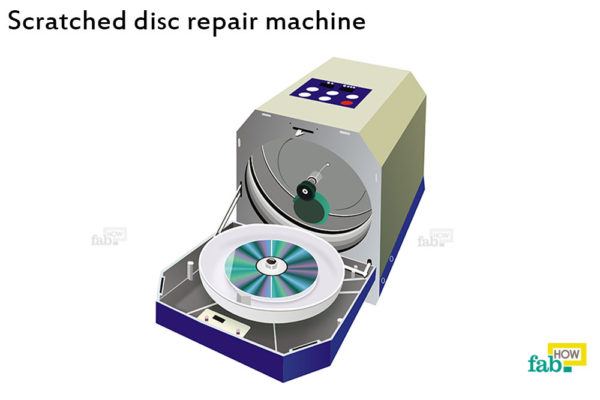 If you have a lot of discs to repair and $300 bucks to spare, you can purchase a machine that fixes a scratched disc. Although there are CD scratch remover machines as low as $27, the real effective ones are way more costly.

How to Get Rid of a Blood Blister Safely by Yourself