From bare-bones fast-food joints and diners to lavish breakfast buffets and exotic continental spreads, hash browns are a staple on basically all American breakfast menus.

Who wouldn’t mind a heaping plate of golden brown and extra crispy potatoes? Seriously, it is hard to hate this mouthwatering dish, no matter how many tons of calories it contains. If you are among those red-blooded Americans, you surely cannot resist piping hot hash browns.

While both styles demand golden color, dinner-style hash browns are lightly crisp on the outside and tender and warm on the inside. On the other hand, extra crispy hash browns are just extra crispy, with almost every single shred of potato browned and crunchy.

When done right, hash browns are exceptionally delicious. Plus, they are incredibly easy to make.

Step 1. Peel and grate the potato 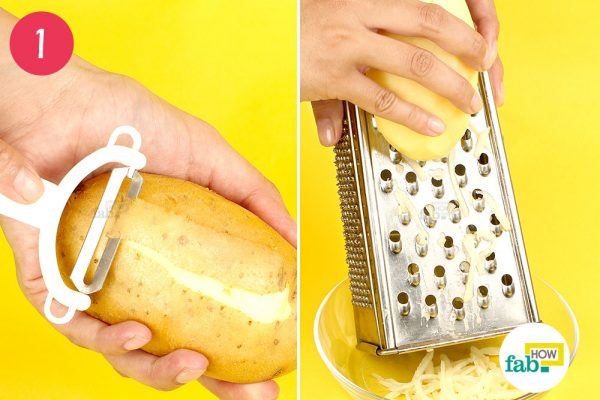 Wash the potato and peel off the skin using a peeler. Grate it into fine shreds using a grater. 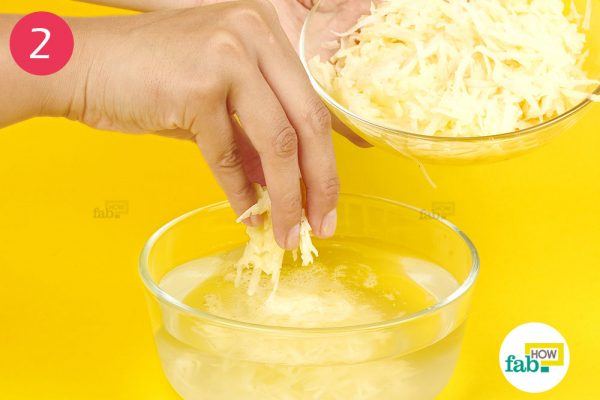 Drop your potato shreds into a bowl of water to rinse them. You can also use a strainer to extract out any juice or starch.

Repeat the process until the potatoes leave the water clean. Soaking and straining removes all the starch from the potatoes and keeps them from turning an unappetizing gray color.

Step 3. Squeeze the water out 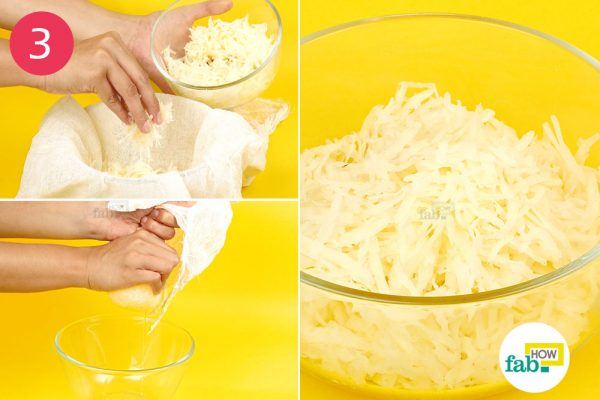 Once you have soaked the potatoes enough times that the water comes up clean, you need to extract any extra liquid out of them.

Grab the potatoes and put them in a cheesecloth or a towel. Twist the cloth so that all the water is squeezed out completely, leaving you with dry shreds.

If you have a potato-ricer at home, you may also use that to squeeze every last ounce of moisture from the potato shreds.

Rinsing and squeezing the potatoes are the most important steps in the process of cooking hash browns. Potatoes are packed with moisture, which makes browning quite difficult. By squeezing out the excess water, your potatoes will brown evenly and quickly.

Step 4. Melt butter in a skillet and add the potatoes 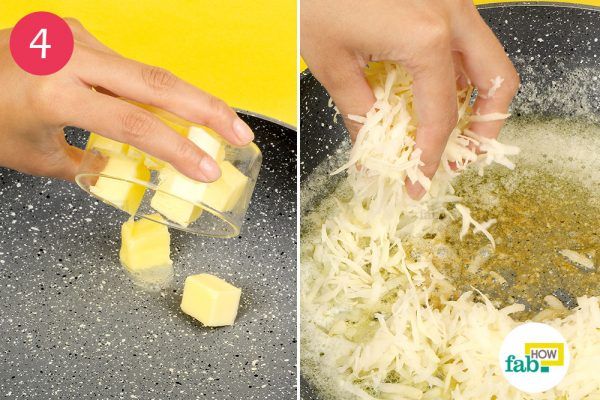 Put butter or oil in a skillet and turn on the heat. Butter gives your hash browns a buttery flavor. Once the butter melts, add your potato shreds.

Step 5. Season with salt and pepper 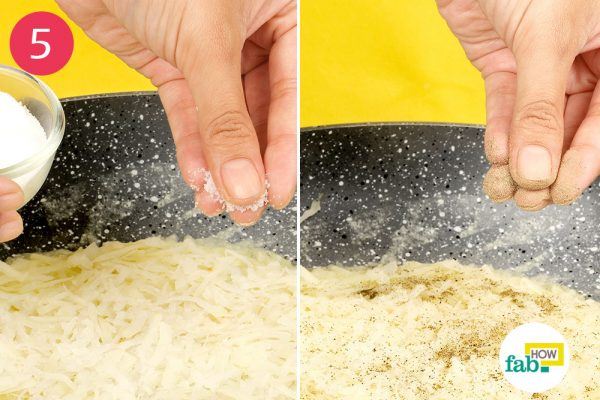 Flavor your hash browns with salt and pepper. You can also add spices and herbs of your choice.

Step 6: Fry each side 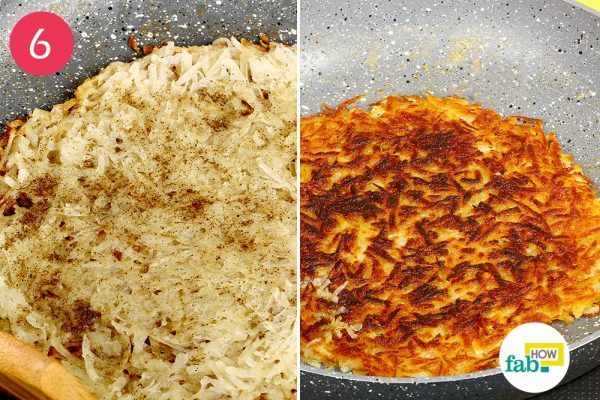 Pack your potato shreds into a patty. Put the heat on simmer and fry the hash browns for 15 minutes on each side.

Before flipping, check for doneness on the underside. Once the underside turns brown to your liking, flip them over.

When your hash browns are nicely brown on each side, they are ready to be served.

Garnish your hash browns as per your preferences and serve hot. 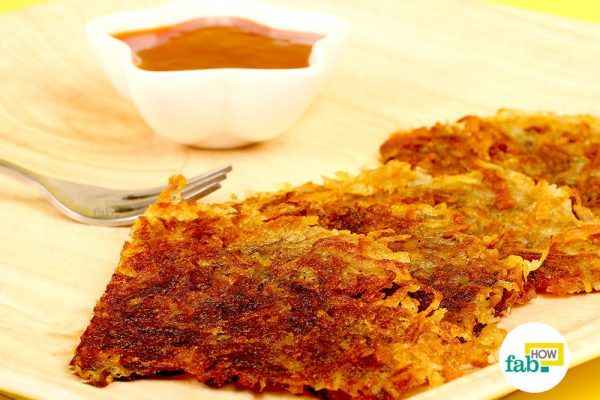 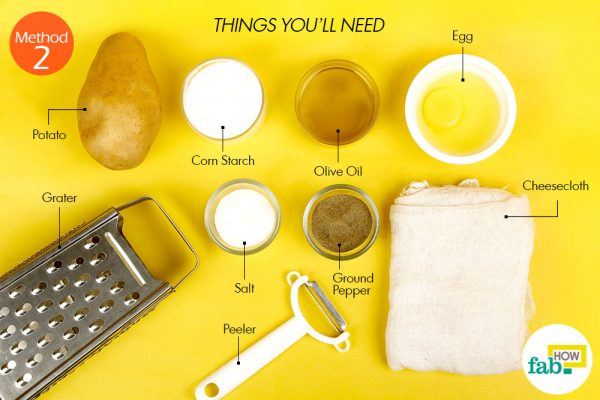 Steps 1. Shred, rinse and remove the liquid from the potatoes 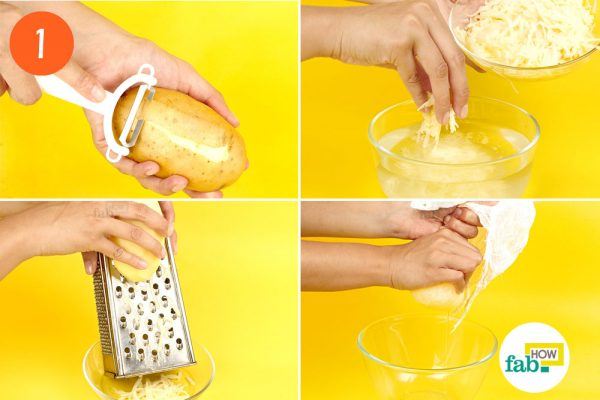 Peel, grate, rinse and squeeze the potatoes as shown in Steps 1 through 3 of the above method. 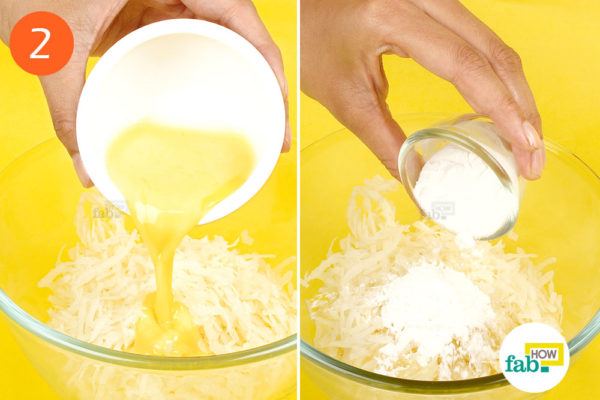 Add 1 beaten egg and 2 tablespoons of cornstarch to the potatoes.

While the egg adds flavor and softness, the cornstarch helps in binding the potatoes better.

Step 3. Season with salt and pepper 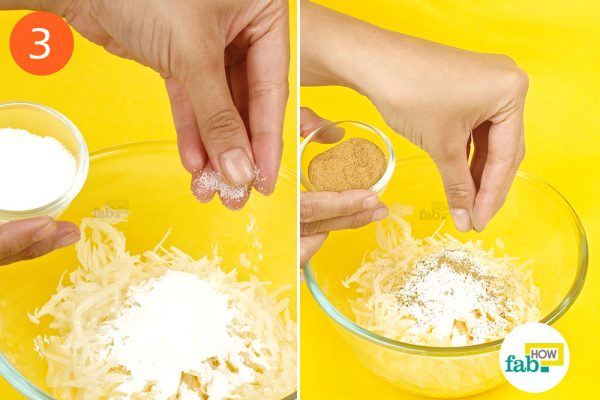 Blend the salt and pepper into the mixture. You can also add other herbs and spices, depending upon your personal tastes and preferences. If you like a spicy twist, you can fuse in paprika.

Step 4. Grease and heat the skillet 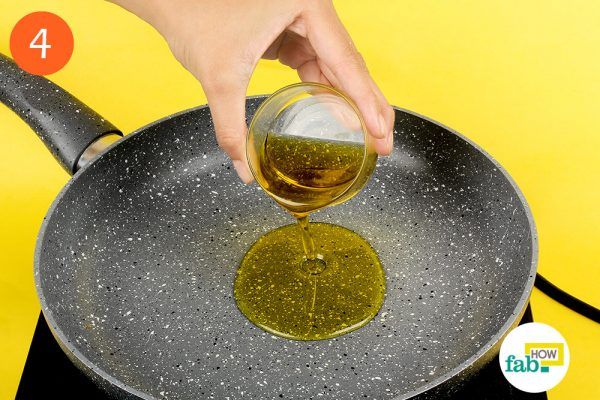 Heat the skillet over medium heat and add about ¼ cup of olive oil.

Make sure your oil is thoroughly heated before you add in the potato mounds. To check it, add 2 or 3 shreds of potatoes to the oil. If they sizzle, your oil is ready. 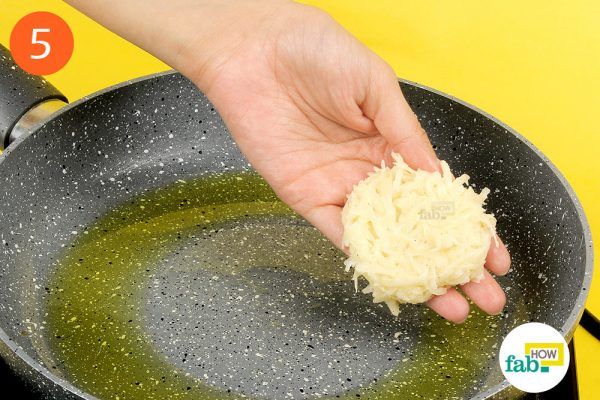 Take about a scoop of the potato mixture and bind it into portion sizes. Flatten them in the skillet, so that the underside is covered well with oil. 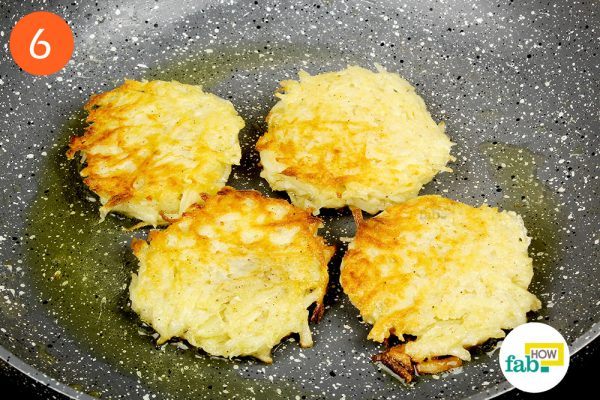 Make sure that you do not flip sides frequently. When the underside is done, the hash browns automatically leave the surface and become easy to flip.

When both sides are cooked, transfer the hash browns to a plate, garnish and serve. 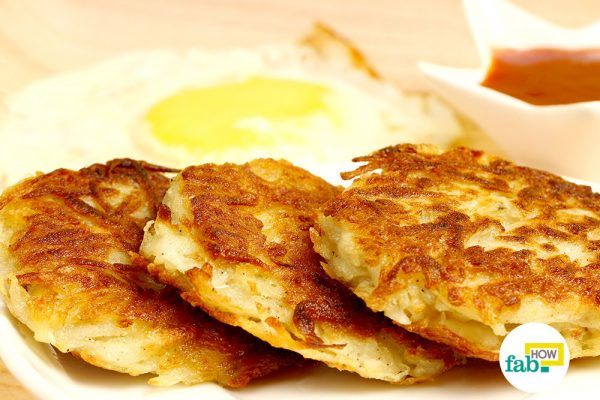 How to Grow Fenugreek in Your Kitchen Garden