For some reason, eggless baking seems to spell definite disaster for most people. Whatever you do, getting the right results without actually putting eggs in the recipe seems to be downright impossible.

If your eggless creations are getting voted down among friends and family, take a moment to sit back and learn how to properly replace eggs in various recipes, such as eggless cakes and eggless brownies.

With vegetarian and vegan lifestyles becoming increasingly popular, more and more people are trying their hand at eggless recipes. But often due to faulty substitutions, the resulting dish or dessert ends up lacking the desired taste and texture.

Even if you’re not vegan, knowing the right egg substitutes can come in handy if you find that you’ve run out of eggs in the middle of cooking. 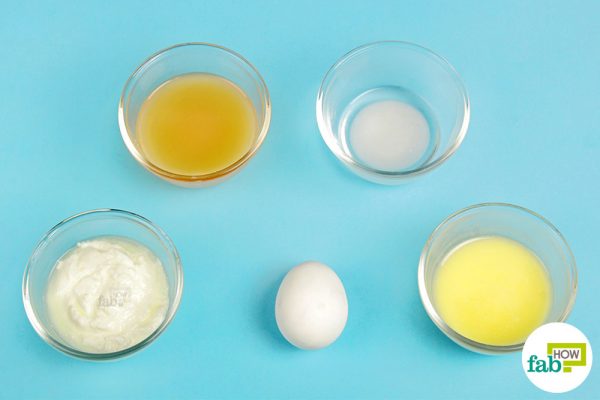 Eggs have different purposes in different recipes. Sometimes they act as a leavening agent and sometimes as a binding agent. Sometimes eggs are added to recipes primarily to add moisture.

When making substitutions for eggs, you need to know what purpose the eggs serve in the recipe. Using the right substitutions, you can easily produce delicious results. For example, in an eggless chocolate mug cake recipe, the eggs can be replaced with baking soda and vinegar to ensure that the cake rises while cooking.

Here are various ways to replace eggs in your baking and cooking recipes without compromising the taste.

Choose from the methods depending on what purpose the egg substitutes are to serve in the recipe. Each formula is for replacing 1 egg. If your recipe calls for 2 or more eggs, increase the quantities accordingly.

Leavening agents are used to make baked goods rise. Beaten eggs trap air that increases in volume during the baking process, causing the batter to rise.

Angel food cake, chiffon cakes, soufflés, biscuits, cookies or cupcakes can be made with the following egg replacements.

Method 1: Use Baking Powder and Oil

Whisking baking powder and oil with water makes an easy leavening agent that works well as an egg substitute. The oil also mimics the egg in adding moisture to a recipe.

Add this substitute as the last ingredient, so that the batter doesn’t go flat before getting baked. 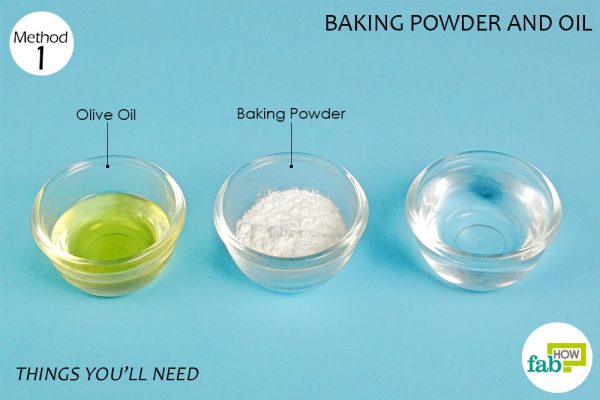 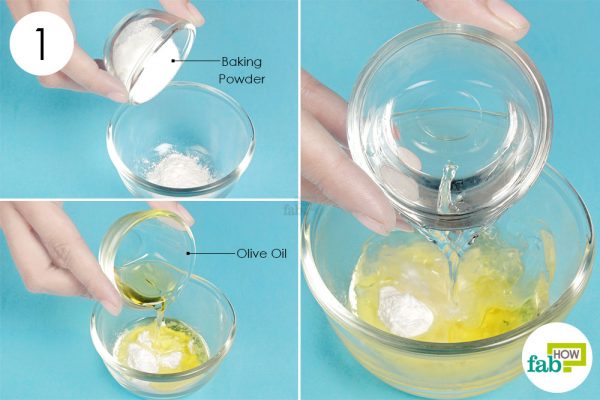 Step 2. Blend and use 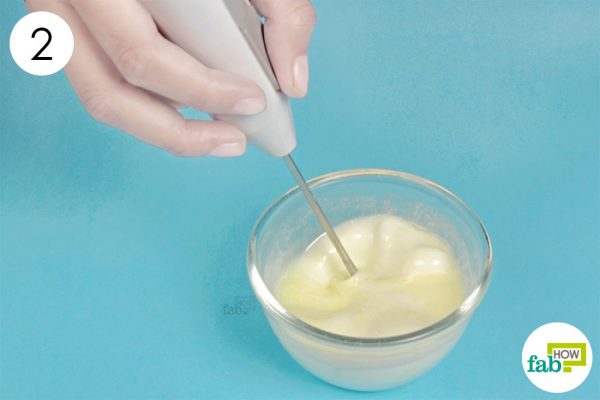 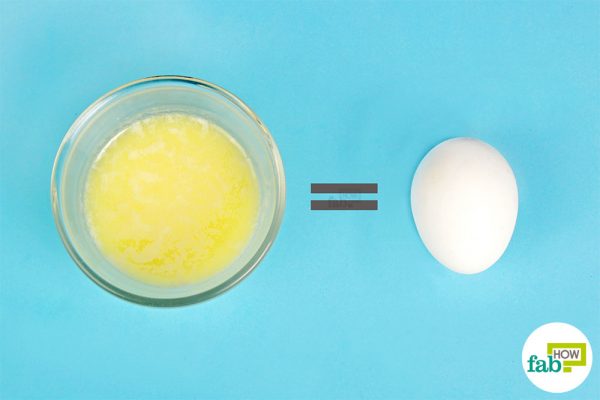 Method 2: Use Vinegar and Baking Soda

When vinegar and baking soda combine, they give that telltale fizz that can be used to increase the volume of the batter and make your baked goods rise. 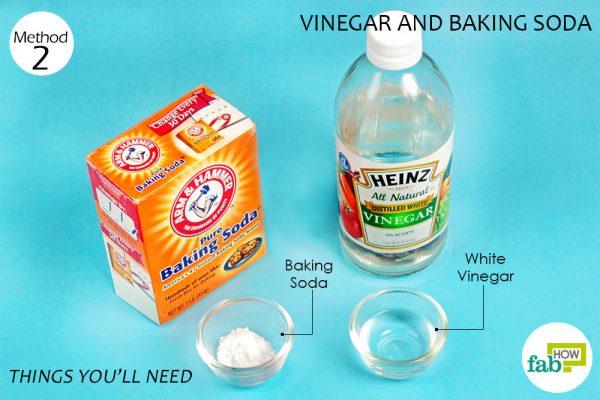 Single-Step Method: Mix the ingredients and use in your recipe 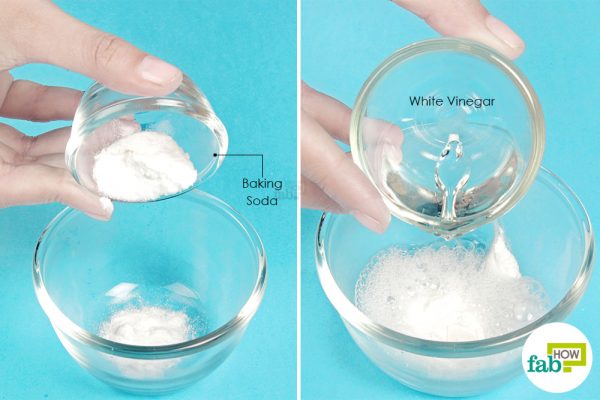 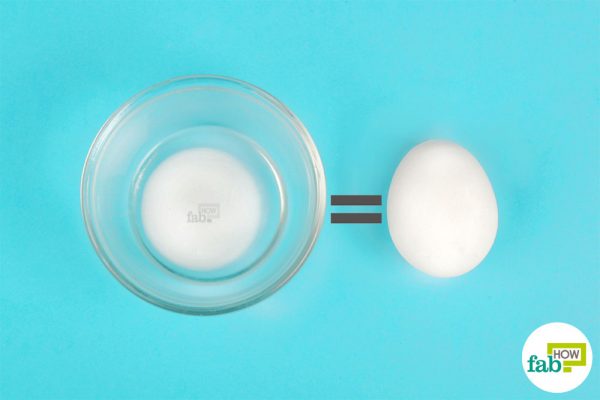 Gelatin is a form of protein that helps a whisked batter hold its aerated form. You can use it in recipes for marshmallows, meringues and such. While gelatin is not a vegan option, non-vegans can use it to replace eggs in a pinch.

Once prepared, gelatin takes on a consistency like applesauce. The batter or mixture to which you’re adding gelatin should be as warm as the gelatin to prevent lumps from forming. Gelatin should ideally be the last ingredient added to the recipe. 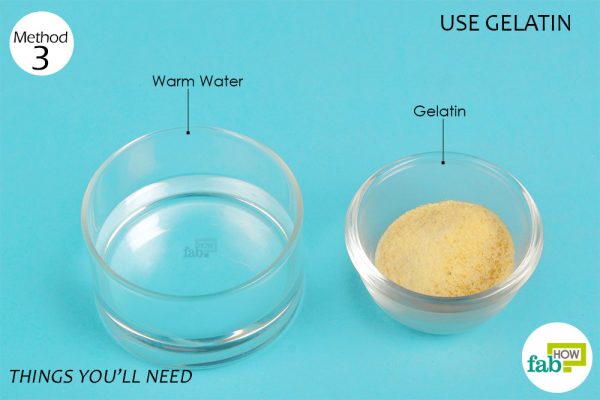 Single-Step Method: Mix gelatin in warm water and use in your recipe 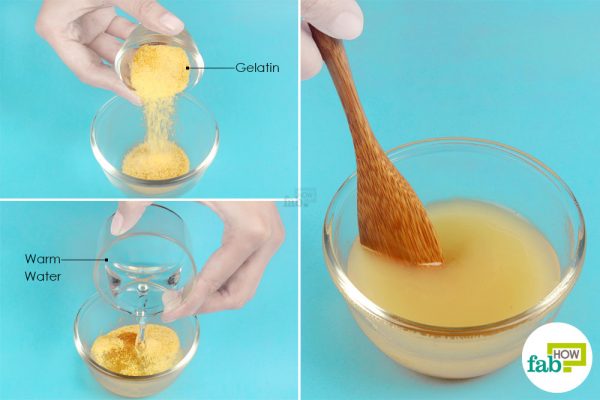 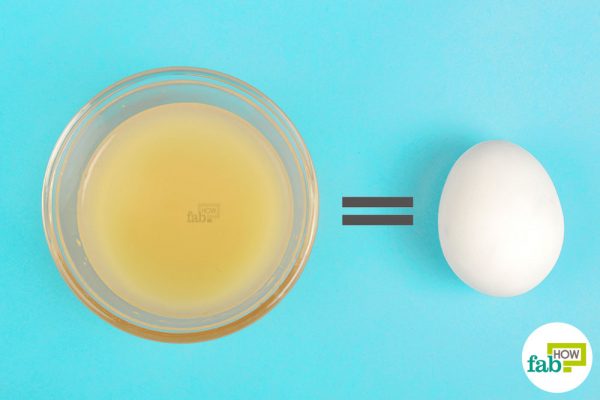 Yogurt is one of the oldest biological leavening agents used to make leavened breads. It works quite like yeast, releasing carbon dioxide to help raise the baked goods.

The batter or the mixture in the recipe may take time to develop. Using plain Greek yogurt is advised for best results. Keep in mind that yogurt will impart its flavor to the recipe, so use it only if its flavor will go well with the other ingredients

Single-Step Method: Substitute the eggs in your recipe with yogurt 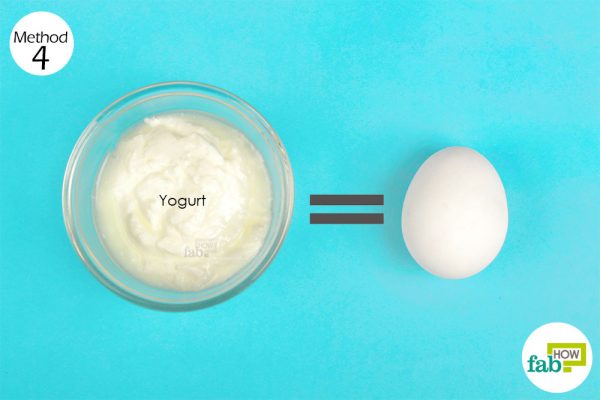 Eggs are efficient binding agents, due to the proteins present in them. When these proteins set, they help the baked goods retain the stability of their structure. The ingredients below can mimic the binding properties of the eggs.

Soy flour binds very well with the liquids in a recipe and is a great vegan option for an egg substitute.

Single-Step Method: Mix soy flour and water and use it in your recipe 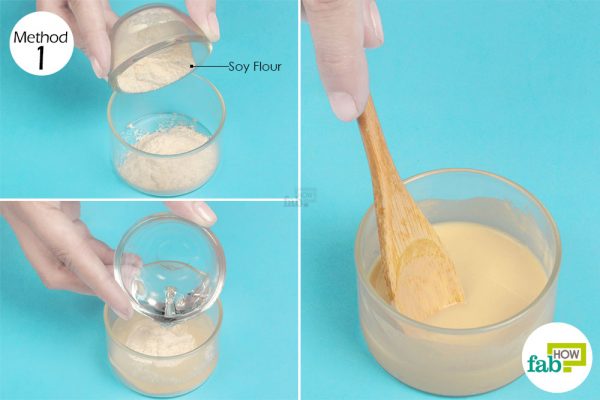 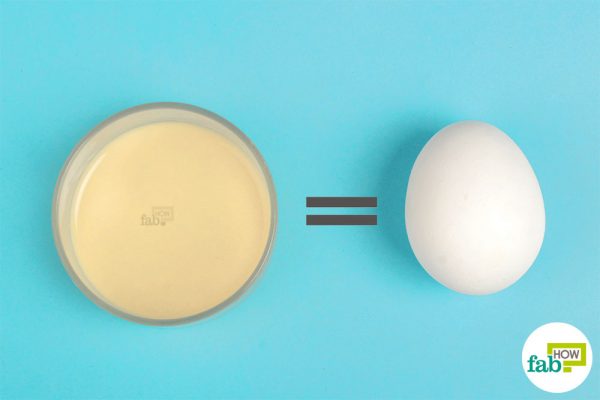 One of the healthiest egg substitutions includes using flaxseeds. It will also impart a slight nutty flavor to your recipe. 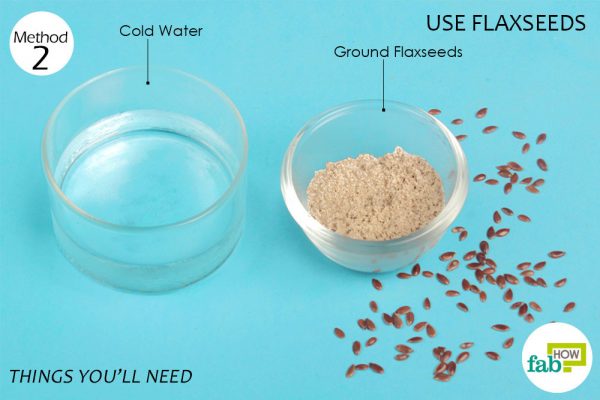 Single-Step Method: Blend ground flaxseeds & water and use in your recipe 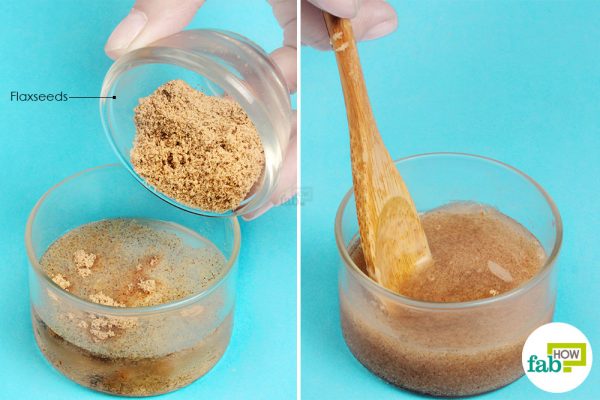 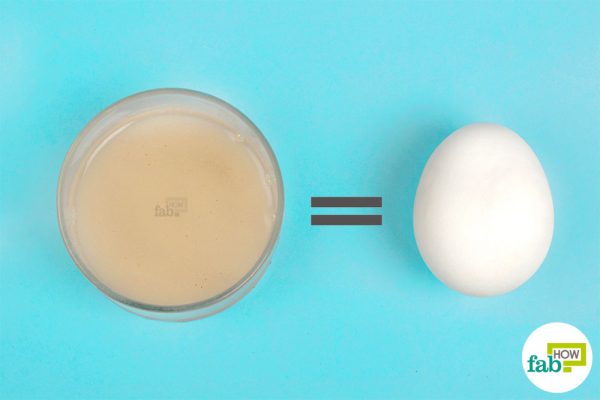 One of the major functions an egg serves in recipes is to add moisture. Its gooey texture is what makes recipes like pancakes taste truly decadent. Some fun vegan substitutes for eggs include pureed fruit and mashed potatoes.

Muffins, breads, cakes and pancakes can be made using pureed fruit as an easy egg substitute. Since the fruit will impart its flavor and sweetness to the recipe, it is important to consider if it will go well with the other ingredients.

If the pureed fruit you use is quite sweet, you’ll also need to adjust the sweeteners used in your recipe. Here we’re showing how to use pureed apple and banana as substitutes, but you can also try pureed ripe avocados. Applesauce instead of pureed apples is another great option.

The fruit often ends up increasing the density of the batter, so you’ll need to compensate with baking soda. You may also need to increase the baking time. 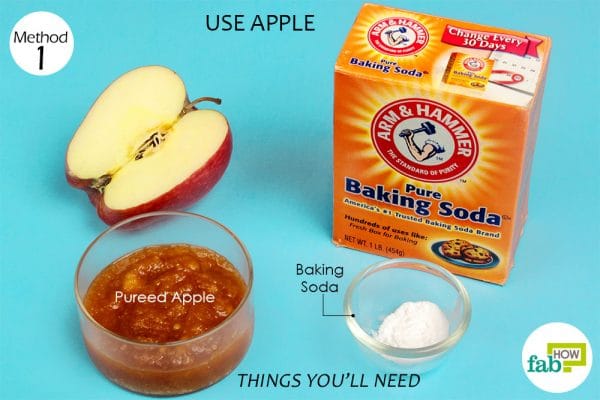 Single-Step Method: Mix baking soda in pureed apple and use in your recipe 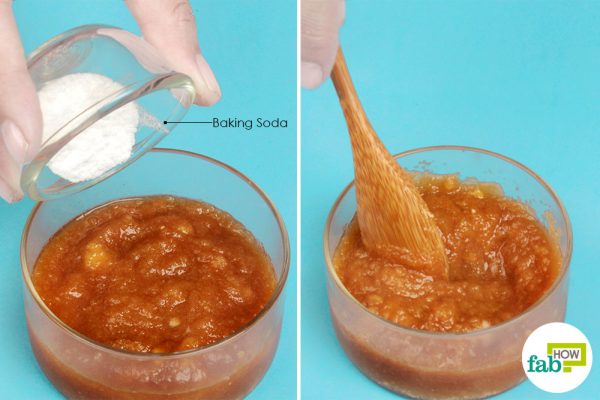 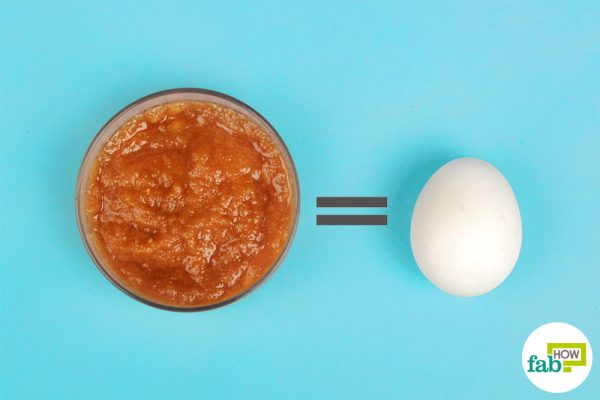 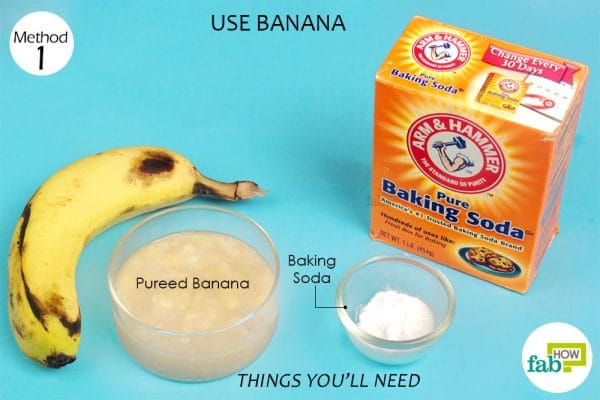 Single-Step Method: Mix baking soda in pureed banana and use in your recipe 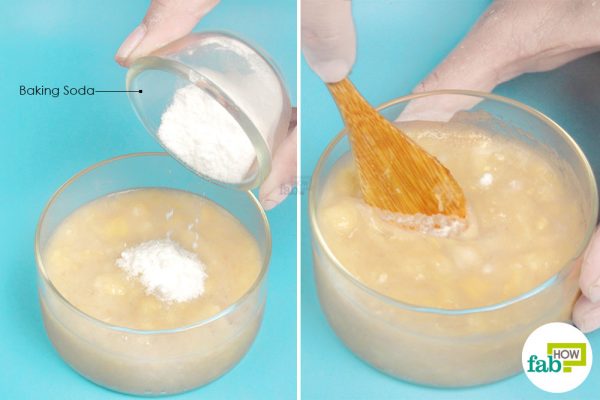 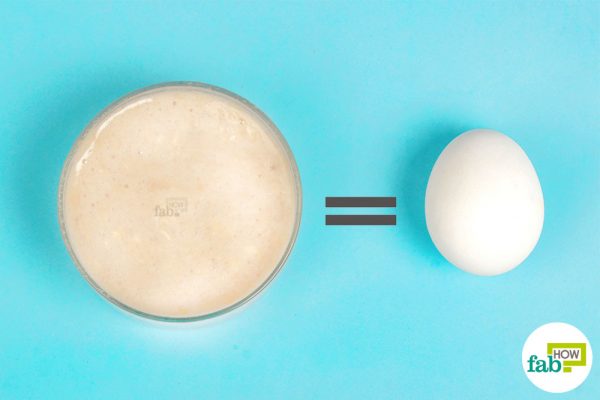 The leftover mashed potatoes you made yesterday can also help you replace the eggs in your recipe. Mashed potatoes work in a way similar to pureed fruit.

Single-Step Method: Use mashed potatoes to replace eggs in your recipe 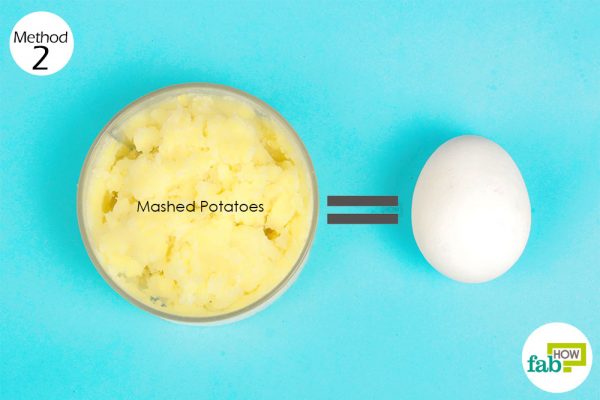 Other than acting as a leavening agent, yogurt can also be used to add moisture to a recipe. This makes yogurt a multipurpose egg substitute.

Single-Step Method: Substitute the eggs in your recipe with yogurt 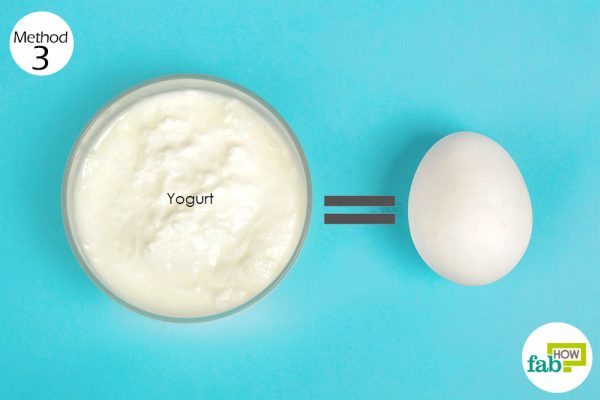 How to Get Rid of Worms in Dogs: Top 3 Home Remedies

How to Grow Pumpkins with Easy Step-by-Step Pictures