Did you know celery was first cultivated for the King of Persia, dating back to 2000 BC?

While it was once primarily used for medicinal purposes, the celery that we know is now a staple in salads, soups, stews, and stir-fries.

The long, crisp and chewy celery sticks are 94 percent water but still contain essential minerals and vitamins, such as A, C, E, and B-complex. It is low in calories but rich in fiber, so it is a must-have vegetable if you’re trying to lose weight.

Celery is enjoyed best when it is fresh, firm, and crisp. However, the biggest challenge with this veggie is its short shelf life – about 1 week. Most of us use just 1 or 2 stalks for any kind of dish. The rest of it is shoved into the crisper in the refrigerator, only to turn soft and wimpy and ultimately end up in the trash can.

If you wish to avoid wasting food, you can use some really simple hacks to store celery for 3 to 4 weeks or even up to a year. We tried all the popular methods available on the Internet and bring to you the three best ways to preserve celery that actually work.

The first and the most effective way to store celery is to wrap the stalks in aluminum foil. Celery produces a natural ripening hormone called ethylene that gets trapped inside the plastic bags it is sold in and causes it to ripen and turn flaccid. Wrapping celery in aluminum foil allows the gas to escape while maintaining the moisture to keep it fresh.

You can store your celery for up to 4 weeks using this hack. 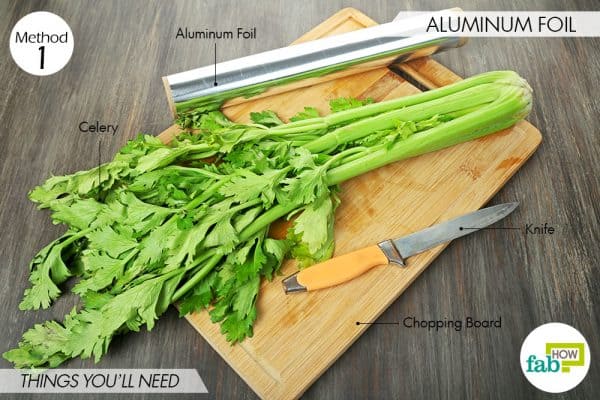 Step 2. Wrap the stalks in aluminum foil & refrigerate them

Preserving celery requires maintaining the right moisture. Less water will cause the stalks to dry out and wilt, while excess moisture will make them rot quickly. Wrapping celery in a damp paper towel will ensure just the right amount of water to keep the stalks firm and crisp.

This method will keep your celery fresh for 3 to 4 weeks, provided you change the paper towel every week. 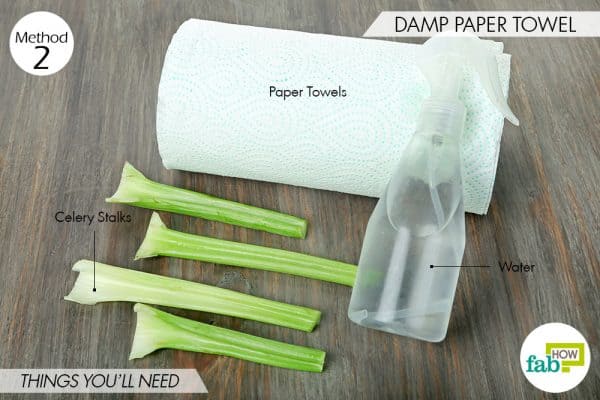 Step 2. Dampen the paper roll & store it in the refrigerator

If you wish to store celery for even longer, then go for the blanching technique. The process involves scalding the celery stalks in boiling water, then plunging them immediately in ice cold water to stop the cooking process. This stalls the natural enzymatic process and helps maintain the flavor, color, and texture of the vegetable longer.

This method will help preserve the celery for up to 1 year. 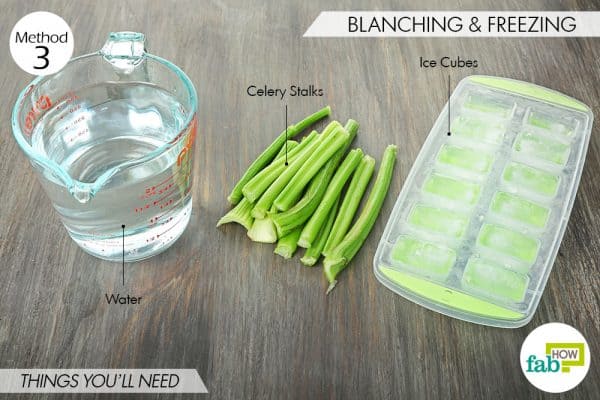 Step 3. Put the celery in an airtight container & freeze it

Note: Avoid thawing the celery before using it, as it will turn soft and mushy. Take it out of the freezer and add it directly to your dish to retain the crispiness.

How to Use Toothpaste to Clean and Shine Your Home