Anyone who hates the creepy crawlies will automatically be repelled by stink bugs. But if stink bugs are one of your pet peeves, it’s you vs. them.

As the name suggests, stink bugs are known for the extremely foul-smelling substance that they emit when they feel alarmed or threatened. In the wild, this protects them from predators. A single stink bug can make any room smell like a cross between a skunk and cilantro. The worst of all, you can not kill them for the fear of the awful smell. Getting rid of stink bugs is quite a task!

Active throughout the warm weather, stink bugs gravitate toward buildings in the fall to find warmth and shelter in the cracks, crevices and walls. Attracted by light, they swarm into households in large numbers. 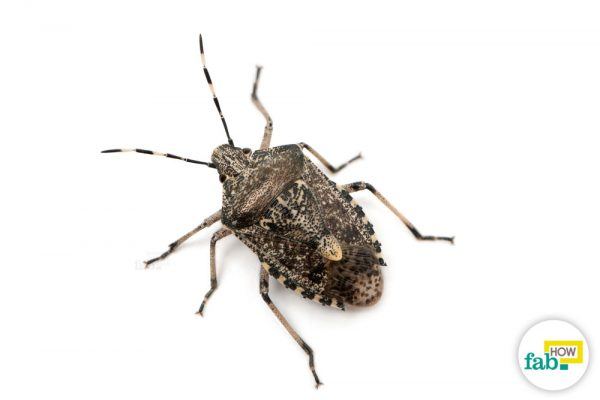 Stink bugs are also considered agricultural pests, as they tend to suck the sap out of the crops and cause a lot of damage. Apples, peaches, blackberries, soybeans, tomatoes, corn and green peppers risk a lot of damage if exposed to a stink bug infestation. They even feed on weeds and can destroy ornamental plants.

Squashing and killing the bugs is not a solution. It will release the most potent smell that will linger for days on your shoes and the surface you crushed them on.

Pesticides are completely useless when it comes to stink bug control. They tend to cause more harm than any advantage they might provide in extermination.

Trapping is the best way to deal with stink bugs. But if you need to tackle a large number of swarming bugs, a homemade soap spray is good for the kill.

Read on for simple methods to keep your abode free from stink bugs in a natural, but inexpensive way.

A DIY trap is, by far, the best no-contact way to dispose of the stink bugs around your house. While pre-made stink bug traps are available in the market, they are often expensive and have complicated mechanisms. Homemade traps are easy as well as inexpensive to make. Like most bug traps, this one uses bait that leads into the trap.

Stink bugs can easily be lured with light, as it promises them warmth. A plain, old soda bottle can work as the trap. An inverted, cut-off bottle neck allows the bugs to fly in to get to the light source, but leaves them unable to fly back out. The insides of the bottle prove too slippery for them to crawl out.

To allow the maximum number of bugs into the trap, the four vertical strips of tape will act as crawl-paths that the bugs can grip onto. 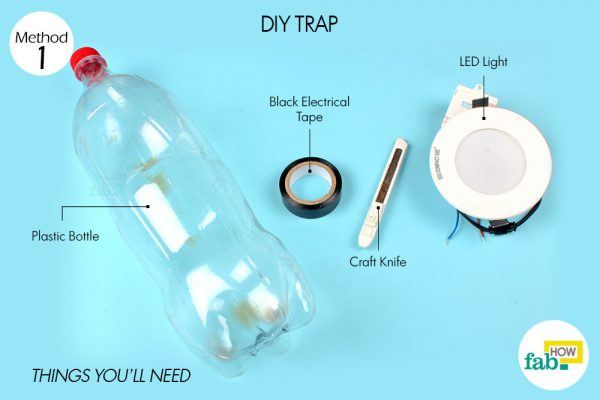 Step 1. Cut the bottle at its neck 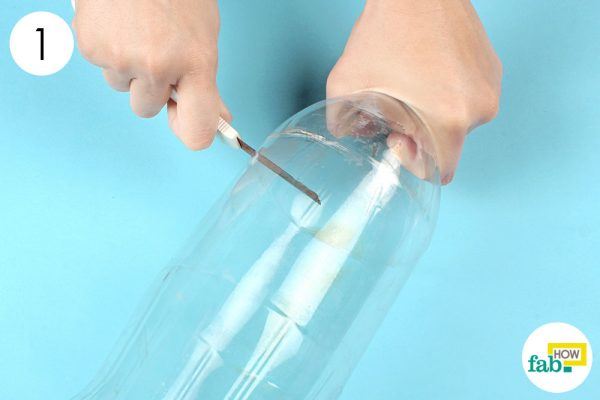 Step 2. Cover the base of the bottle with tape and affix four tape strips 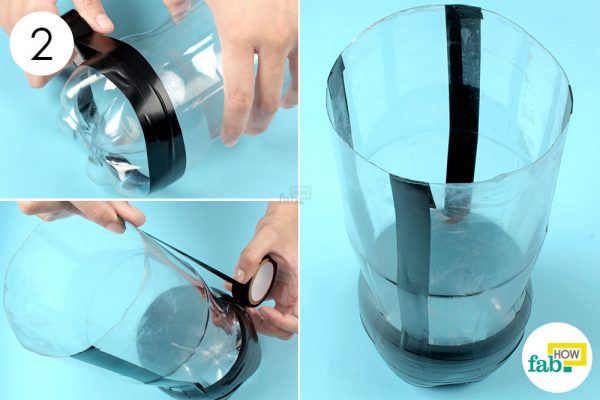 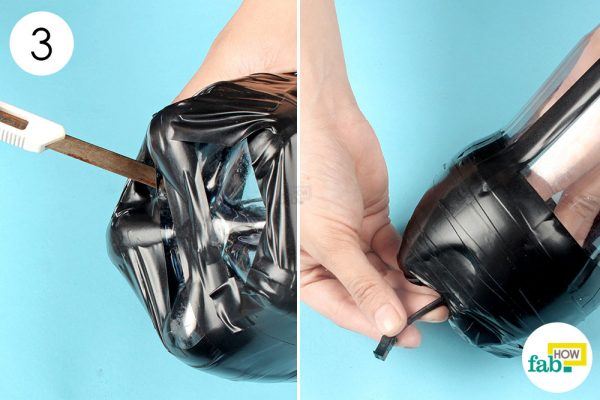 Step 4. Secure the inverted neck of the bottle 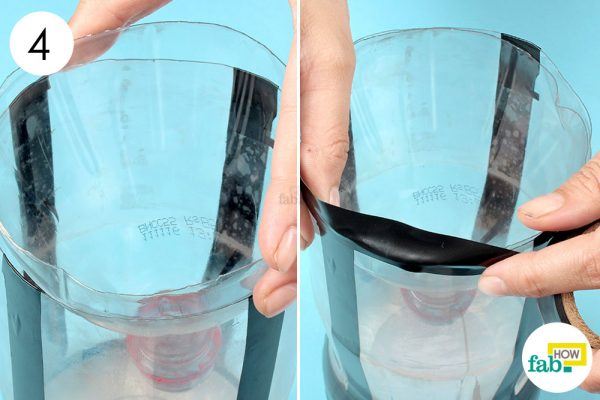 Step 5. Switch on the light to trap stink bugs 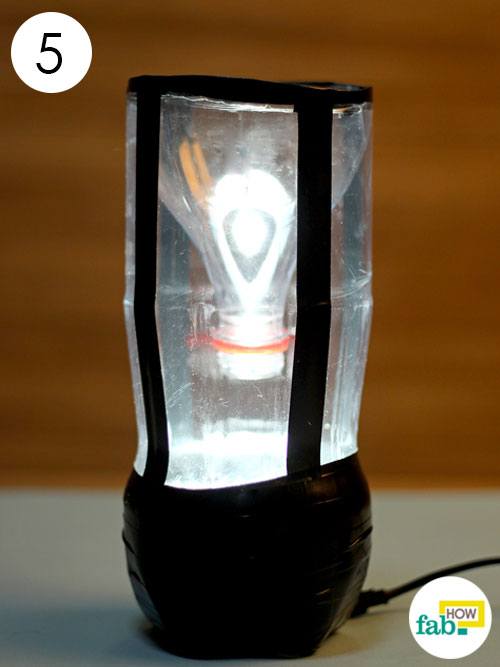 A standard dish soap and vinegar spray is effective in eliminating a variety of bugs, including stink bugs. This spray kills the bugs on contact. While not as effective as a preventive measure, it can come in real handy if you have a lot of stinkers buzzing around. Be sure to have a quick disposal method ready for the dead bugs. 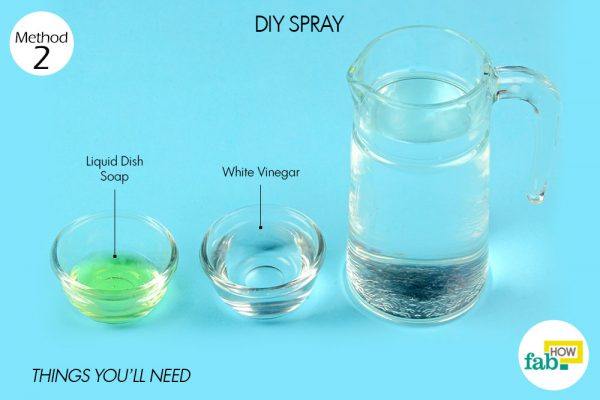 Step 1. Combine the ingredients in a spray bottle 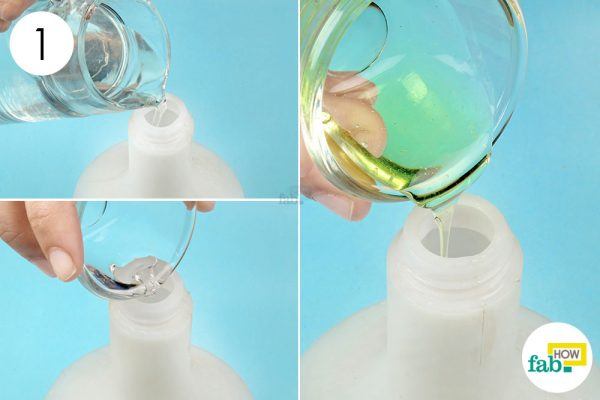 Step 2. Eliminate the stink bugs with the DIY spray 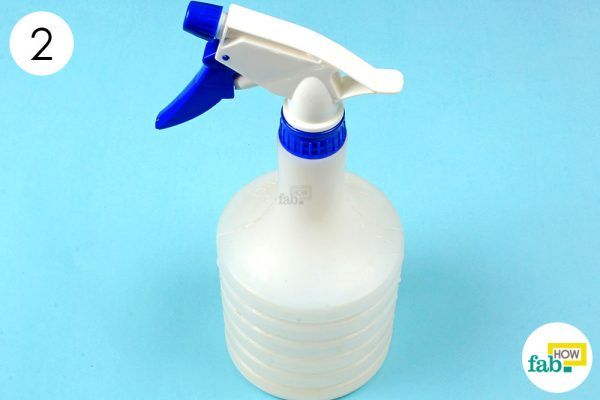 Basic cleaning can help you eliminate the stink bugs’ hiding spots and keep their population in check. A vacuum cleaner is your best bet to catch a multitude of these bugs without having to touch them. Never use a bagless vacuum cleaner for this job, as it will become too stinky for future use, possibly making you think about discarding it. 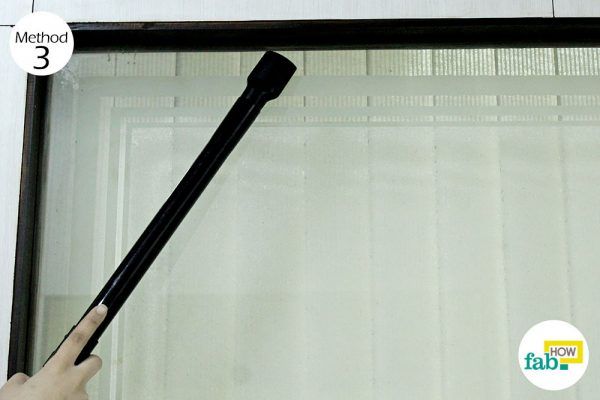