A handful of fresh cilantro not only makes your food look more appetizing but also adds zing to the flavor. Cilantro can infuse fresh as well as earthy undertones into your dips, soups, salads, sandwiches and curries.

However, the uses of this Mediterranean herb go way beyond just flavoring and garnishing your food. Cilantro has been used for therapeutic and medicinal purposes, due to the presence of potent antioxidants that guard against diseases and premature aging.

It is low in calories and high in vitamins and dietary fiber. It is also a rich source of minerals like phosphorus, magnesium, calcium, iron and manganese. 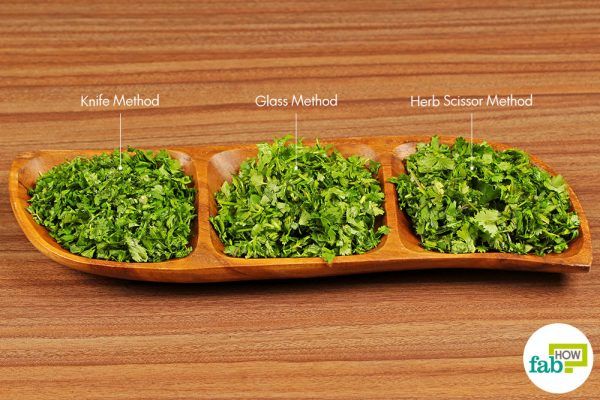 With its plethora of benefits, you might be tempted to incorporate cilantro into your cooking, if you haven’t already. However, for those familiar with the herb, the process of extracting and mincing cilantro leaves can put you off. You either end up using the dried form or skip it altogether. But don’t give up just yet!

You can work your way around the herb by using simple kitchen tools like a knife, glass or herb scissors. Yes, it is that simple!

Read on to learn quick and easy ways to chop cilantro.

Method 1. Use a Knife

A sharp knife is a star performer in the kitchen. For some, it can aid in showing off their culinary skills, but for many who find cooking a tedious chore, it can make their lives much easier. Especially when it comes to chopping herbs like cilantro, it’s hard to beat a sharp knife. 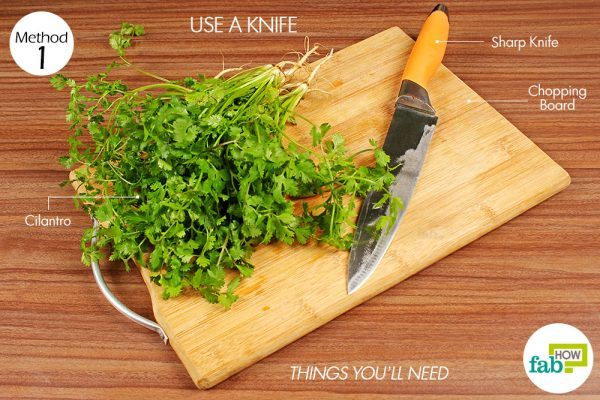 Step 1. Chop off the roots 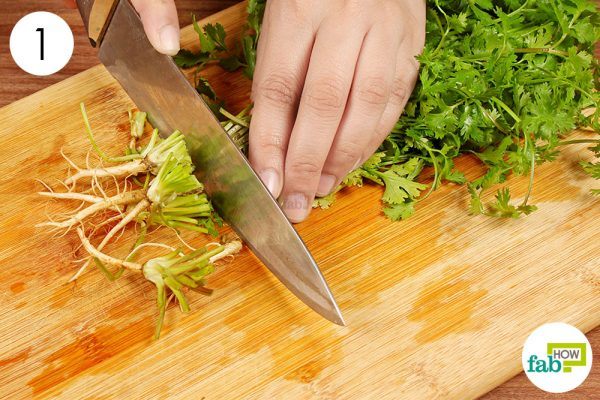 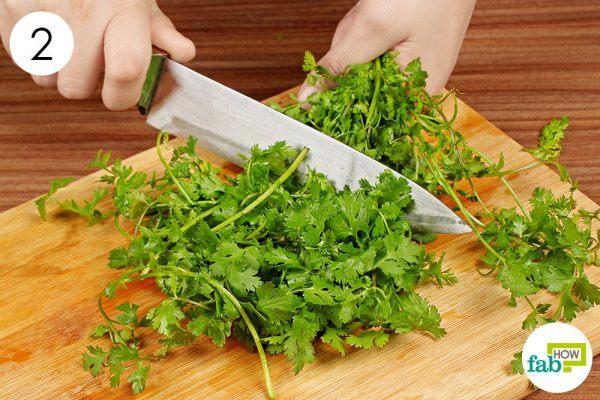 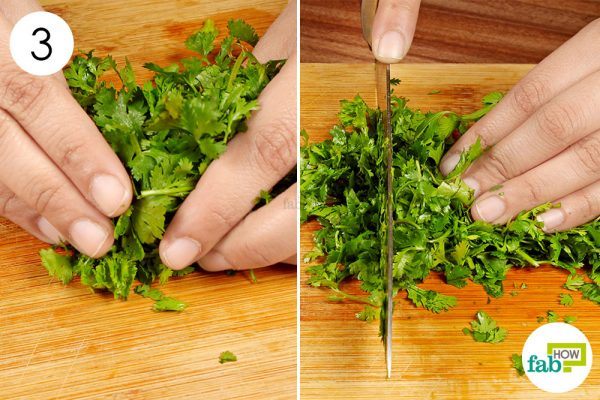 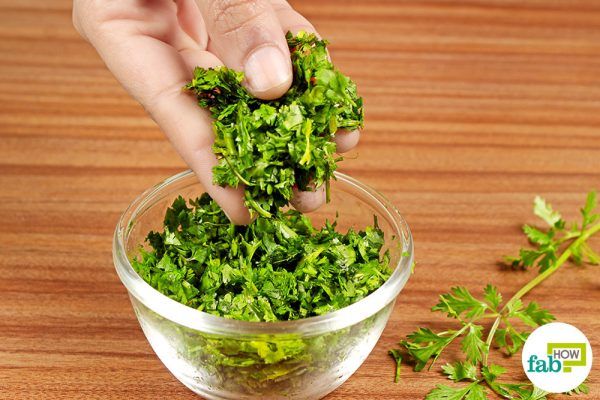 Method 2. Use a Glass

You don’t really need to stock your kitchen with fancy and complicated equipment to simplify everyday cooking. If you can smell the irony, it is time to go back to the basics. A regular cup or glass and a pair of scissors can make chopping cilantro fun and hassle-free. 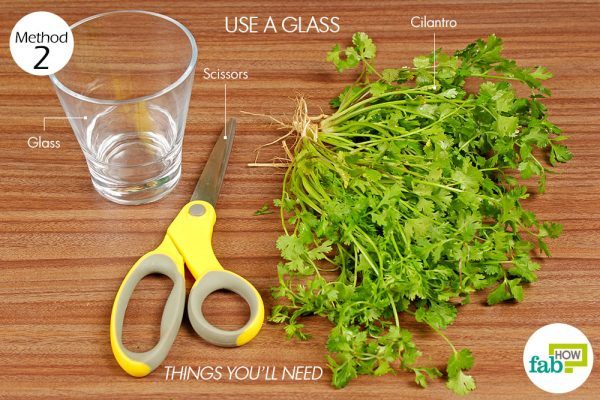 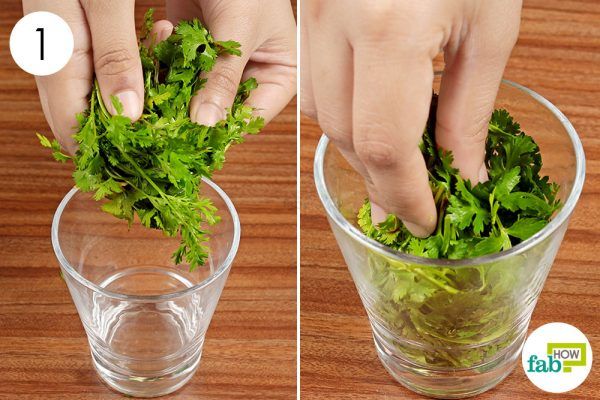 Step 2. Chop the leaves with scissors 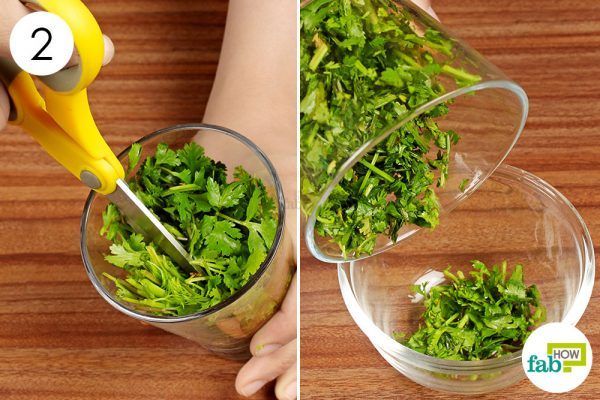 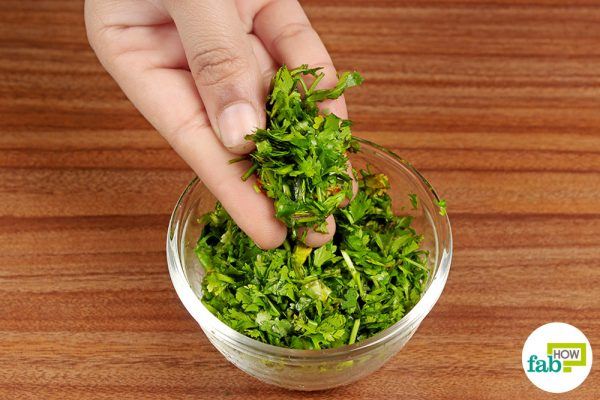 If you aren’t a big fan of using sharp knives and fear chopping off your fingers, get your hands on a pair of herb scissors. They look just like regular scissors but with multiple blades. Herb scissors are easy to operate and can mince delicate herbs evenly. 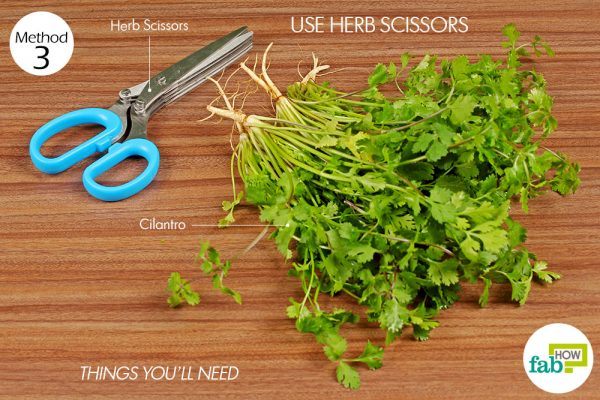 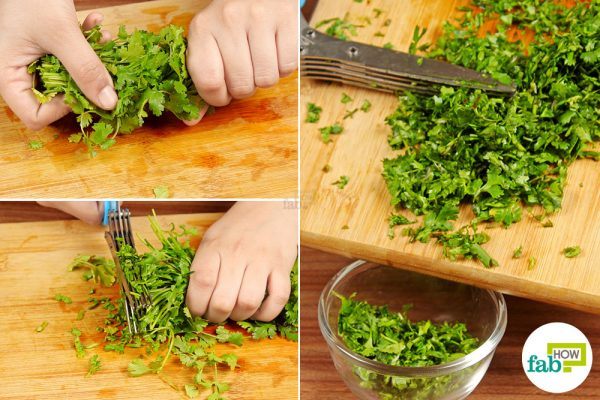 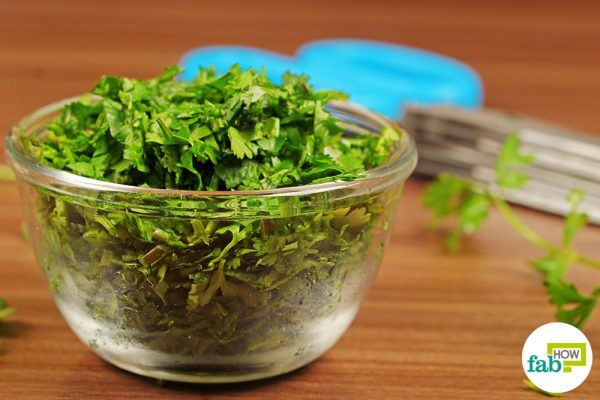