Moments of awkward silence can inevitably creep into conversations. Your mind races and you rush to think of things to say to fill the gap.

It is possible that you end up saying whatever words come to your mind to fill the void, which makes the situation more uncomfortable.

People often don’t realize that these moments of silence are the best part of a conversation. Sometimes the silence between the words can communicate more effectively than words alone. Here's how to deal with awkward silences in a conversation.

When a conversation slows down, try these tips to keep things from going downhill quickly: 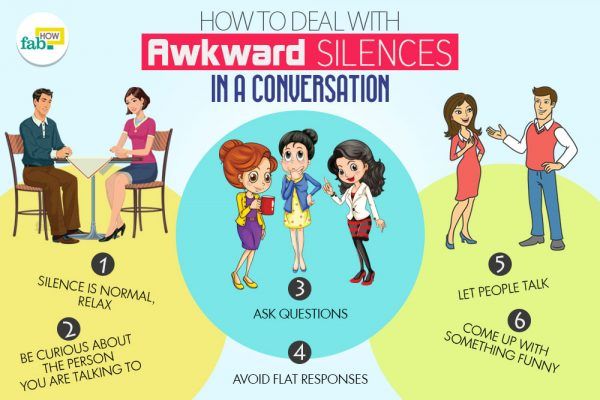 1. Remind yourself that silence is normal. Silence in a conversation usually becomes awkward if there is pressure or an expectation of how the conversation should flow. 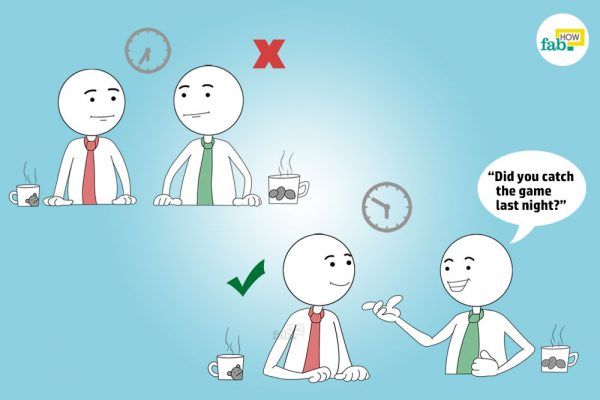 Remind yourself that silence is normal, and you are not the only one responsible for keeping the conversation going. If you stay confident and controlled, your body sends messages to your brain to calm down. Short silences happen between people all the time. You can restart after a short break of silence.

2. Learn to relax. When you realize that the silence is causing you to become anxious, take a deep, relaxing breath. Taking a deep breath helps calm your mind and body. If you come across as nervous and terrified, you may project those feelings on to someone else. This will make it even more difficult for your conversation to move forward. 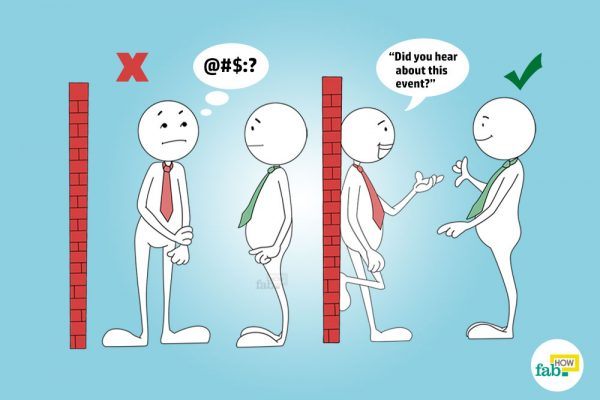 Take a deep breath, drop your shoulders, and smile. Lean back on the wall or take a sip if you have a drink in your hand. Let your mind wander without letting the other person know. This will give you 5 to 10 minutes to relax and think about what to say next.

3. Notice little details about the person. Try to notice something about the person you are talking to. For instance: 'if the person is carrying an attractive phone, you can comment, ‘By the way, what phone is that? It looks nice.’ 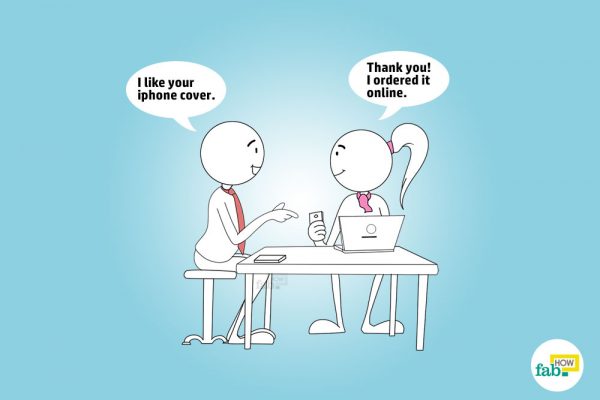 This will make the person relax and warm up to you. You will notice that he or she will start talking about the phone in detail.

6. Find something safe to comment on. When you run out of words in a conversation, comment on something non-threatening. For instance: the topic of weather is something that is a common and safe topic to discuss. Say something like, ‘Don’t you find the weather pleasant today?’ Talk about food if you are out for dinner. ‘Isn’t this the best lasagna you’ve had in town?’

7. Ask open-ended questions. To prevent silences from becoming awkward in a conversation, shift the focus to the person you are talking to. Ask easy, open-ended questions. Always ask people how they feel about things. For example, if they tell you they went bungee jumping, ask them, "How was the experience to jump from such a height?" or "Did you feel scared?" This is a good way to let people talk and move the conversation along. Also, make sure to ask about the person’s thoughts and feelings on the topic you are discussing. If you show genuine interest in knowing the person, it will make him or her talk to you more openly. You will see the person contributing more to the conversation, thereby lowering the chance of long, awkward silences.

8. Give people a chance to explain something. The idea here is to ask questions that will prompt the other person to respond, so you should ask open-ended questions. You can ask questions that will make them talk about something in detail. If the answer you receive does not move the conversation forward, ask further questions that invite them to explain how something was or something works. You can ask a question in the form of a statement like, "You seem to have a lot of experience with that," rather than asking them, "Do you have a lot of experience with that?" 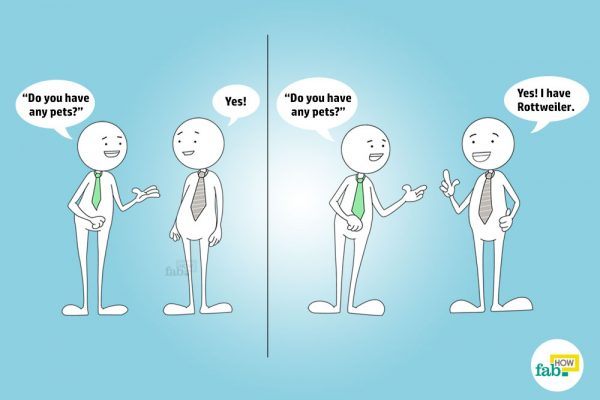 For example, if they ask you, “Isn’t that boring,” it is not a good idea to respond with a simple “yes.”. That will lull your conversation. Instead say, ‘”Yes it is boring, but it’s okay for me. I can handle such situations. What about you? What do you do when you are in such a situation?”

11. Think of a previous topic. Imagine that you are talking to a person and suddenly the conversation ran dry. When the person said something, you did not know what to say in response. At such a point, start on a topic you were talking about earlier. Go back to any previous topic that you were discussing and ask questions related to that. You can even talk about something you had discussed when you last met the person or from the last phone conversation you had. An example would be to say, "The last time we met, you were talking about visiting Miami? So how was it?”

12. Come up with something funny. Laughter is also one of the best ways to break an awkward silence in a conversation. Saying something funny will relax both people involved in the conversation, and it is great to break the ice. Just make sure your humor is genuine.

13. Don’t be interrogating. Don’t go overboard asking too many questions, one right after the other. When you are asking someone questions, break in with a statement or a comment that reveals something about you or what you think. Don’t make the person you are talking to feel as if he or she shares more than you do. Asking lots of questions will make you appear interrogating.

15. Use a new conversation starter. If a silence settles into your conversation, try to bring up a new topic to keep the chatter flowing. Try saying something such as, “Have you heard this?” or ”Have you seen this movie? What do you think about it?” 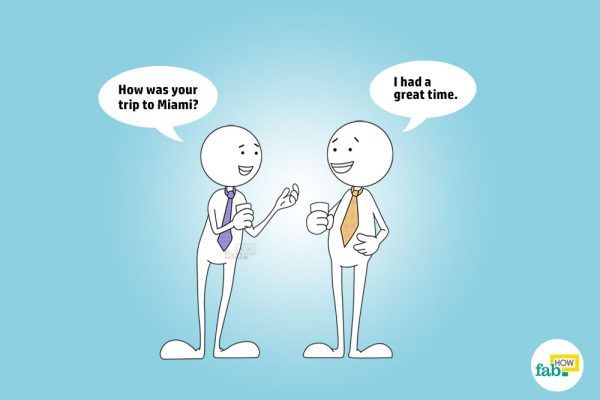 People often think that it’s not good to shift subjects too abruptly, but it’s absolutely normal to shift gears and take things in a new direction. Just make sure that you are listening with empathy and not interrupting the person with a new topic.

16. Admit if you got distracted or you’re at a loss of words. In a situation when you cannot think of anything to talk about, or you lost track of the conversation, be honest about it. Simply say, “I got lost thinking about something,” or “My mind just blanked out. Where were we?”

17. Find an activity to do together. If your conversation has stalled and you want to continue being with that person, suggest an activity you can do together. If you are out for a coffee and you do not have much to talk about, you can suggest going bowling or simply taking a walk. As you engage in an activity, you’ll both have more to say.

19. Take it as an opportunity. If you were thinking of ending the conversation soon, the silence that incidentally fell into the conversation could present a great opportunity to wrap it up. Take charge and say something like, “Anyway, it was great meeting you. I will catch you later” or “Anyway, you carry on with your work.”

How to Clean Leather Boots: Step-by-Step with Pictures

How to Remove Chewing Gum from Carpet In Just 2 Minutes