Body language constitutes a large part of human communication. In fact, research suggests that 55 percent of communication is based on body language, the nonverbal messages people convey through postures and body movements.

When you meet someone, you can’t read their minds to know what they are thinking or feeling. But their body language often provides some potential insight into their inner workings. Similarly, you are constantly communicating your emotions as well, usually without realizing it.

When it comes to reading body language, there are no absolutes. Judging the meaning of a single gesture is unwise. Ideally, you should look for a cluster of gestures to interpret body language. So, take time to observe people, including yourself - postures, gestures, and facial expressions - and get to know your baseline behaviors.

Here are some basic cues you can watch to evaluate what your body language may be communicating to others. And remember, these are only general tips for how people tend to interpret body movements, it doesn’t necessarily mean those interpretations are always accurate. 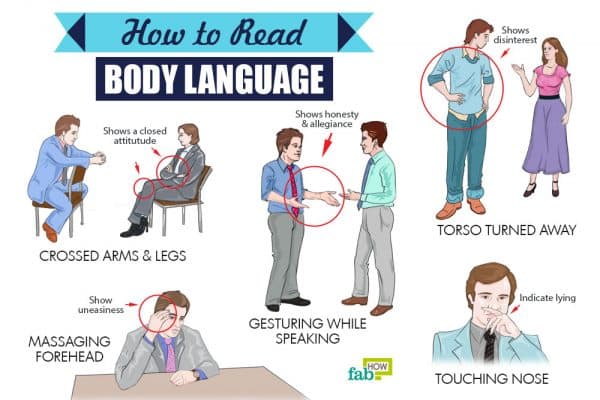 How to Clean Charcoal Grill: 5 Methods with Real Cleaning Pictures

7 Amazing Uses of Listerine Other Than Cleaning Your Mouth